The Film Noir Foundation is a registered 501(c)(3) non-profit public benefit corporation created as an educational resource regarding the cultural, historical, and artistic significance of film noir as an international cinematic movement. 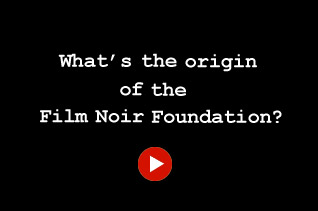 As a focal point of the classic film noir revival, the Foundation serves as a conduit between film companies and repertory cinemas still eager to screen these films in 35mm. Revenues generated by ticket sales encourage studios film archives to strike new prints of films that are at risk of disappearing from public view, either through neglect or scarcity. Once these films are unearthed and returned to circulation, the chances exponentially increase that they will be reissued on DVD, available in pristine, affordable form for future generations of film-lovers.

Where the Sidewalk Ends (1950) and special guest Susan Andrews opened the 21st annual Arthur Lyons Film Noir Festival on October 21, 2021. After the film, Andrews conversed with festival host and producer Alan K. Rode concerning her impressions of the film, growing up in Hollywood as the daughter of star actor Dana Andrews and her father's legacy as one of Hollywood's seminal leading actors. WATCH

Did you know that The Film Noir Foundation has livestreams each month on our Facebook page in which Eddie Muller answers questions submitted by our e­mail subscribers? Broadcasts are scheduled for December 2, 9, 16, and 30 at 7pm PT on Facebook. All broadcasts are available on our YouTube channel the following day. WATCH

I'm just glad there is an organization doing this. Back in 1988 when I first became obsessed, it seemed like few knew what film noir was here in the UK. So it would usually be just me and a small bunch of moody loners (male and female) who'd go to a regular evening at a flea pit in North London. Three films for a couple of bucks (or pounds here). Such fun... A pity NOIR CITY only happens in the U.S. Oh well, maybe one day I'll get over... — Henry Jaremko 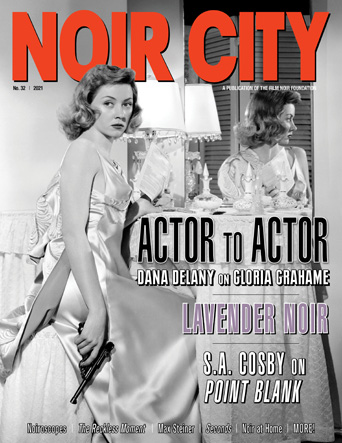 The Film Noir Foundation's acclaimed publication, previously available exclusively to patrons in digital form, is now available as a separate, stand-alone printed magazine. Every issue filled with articles by the finest film writers in the world, exploring the world of noir in both classic and contemporary cinema—and its influence on other media. Get every new issue delivered to your actual mailbox—on-demand!

Donors to the Film Noir Foundation will continue to receive the magazine in downloadable PDF form. Physical editions available only as separate purchases via Amazon.com for $14.99. All FNF proceeds from the sale of the magazine aid the FNF's mission of rescuing and restoring films! 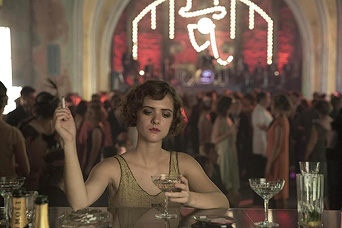 For the latest in noir news from small screen to big screen and beyond, visit our news area. We'll keep you updated on Film Noir Foundation projects and events, film festivals and noir-related happenings in other mediums on our news page, as well as noir and neo-noir titles released on DVD and Blu-ray. Our Noir Now Streaming section will keep you up-to-date on noir-tinged entertainment. Check our monthly tv listings for noir and neo-noir films coming up on Turner Classic Movies. 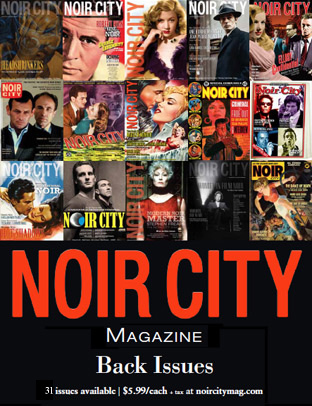 The Film Noir Foundation has its NOIR CITY Magazine digital version back issues for sale — all issues, $5.99 each, plus tax. Please note: these NOIR CITY Magazines are electronic issues, not printed magazines, delivered to your inbox via WeTransfer with a link to download the issue as a PDF. Collect your favorites or own 31 interactive back issues of the best cinema publication available today. You'll be helping the Film Noir Foundation in its restoration efforts with your purchases at NoirCityMag.com.

ORDERING: Go to NoirCityMag.com. Click a cover to see the issue's Table of Contents and to place your order. Within 24-48 hours, you will receive an email link from WeTransfer (a file transfer service) from which you can download a PDF of your issue to your desktop or laptop. The subject line in the WeTransfer email will begin: noircitymagazinedigital@gmail.com sent you (your issue number will follow). Orders are not automated. Fulfillment of each e-mag is handled personally by an FNF staffer. 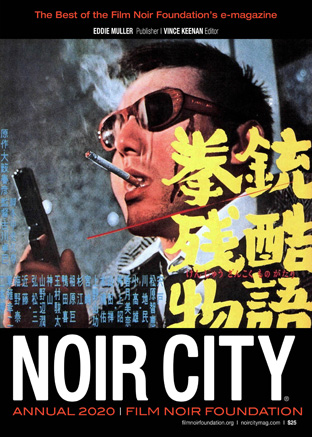